Cacique CEO: Amarillo is a ‘must-see’ for CEOs, site selectors 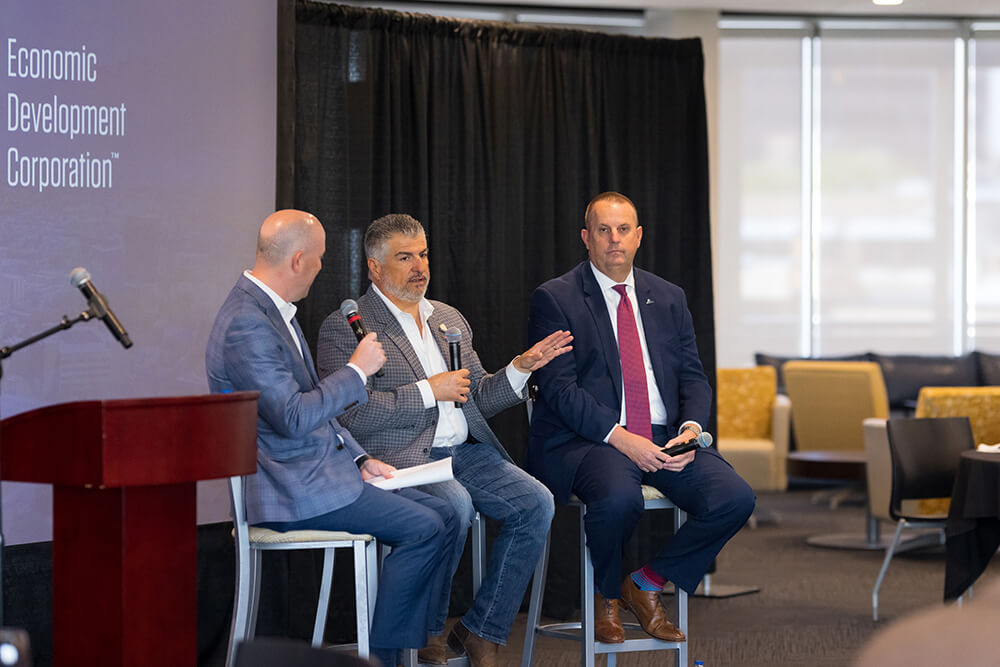 AMARILLO, TEXAS — Cacique Foods is building a new facility for producing its Hispanic food products in Amarillo — after touring 16 other potential sites across the nation — because of the city’s unbeatable combination of advantages.

De Cardenas’ parents, immigrants from Cuba, founded the company in California in 1973. De Cardenas took over the company, which produces Mexican-style cheeses, chorizos and crema, in 2009. The Amarillo plant, now under construction, represents an $88 million investment. Amarillo was among the 17 semi-finalists after Cacique considered an initial slate of 123 cities and last of the 17 cities Cacique visited.

If asked, de Cardenas said, he would advise other CEOs considering a move to Amarillo to visit the community before choosing another location.

Amarillo has a combination of advantages, de Cardenas said.

“In our world, you can’t live without talent. Talent is critical — not just talent, good talent,” de Cardenas said. “You can’t win the day without it.”

AmTech, which broke ground this week, is going to be “the biggest game changer” in meeting the community’s goal “to keep our talent at home and teach them a skill,” AEDC President and CEO Carter said.

Amarillo is a great location for research and development

Amarillo is open for business

“You have a fabulous community,” de Cardenas told members of the business community attending the TxEDC Regional Business Summit. “Everybody was perfect.”

De Cardenas commended Amarillo on the steps it has taken to anticipate the needs of incoming businesses through the leadership of AEDC, Amarillo ISD and Amarillo College.

“I couldn’t tell you how impressive that is,” he said.

Amarillo is not unique in Texas, TxEDC President and CEO Allen said.

Texas economic development is a relationship business, and the CEOs of other businesses moving into Texas have told Allen how much they appreciated the welcome and cooperation they received from communities across Texas, he said.

“When we shake your hand and commit to X, we mean it. You don’t necessarily see that in other states,” Allen said. “This is an area where Texas absolutely blows the competition away. I get stories all the time from CEOs and their teams in other states that just don’t have that kind of experience. They don’t have that kind, local community support.”

With Amarillo, seeing is believing

De Cardenas and his team had some surprises when they arrived for a tour of Amarillo.

“We weren’t ready for Amarillo to be as well developed as it was,” de Cardenas said. “We thought it was much more of a sleepy little town — and that was not the case at all.”

That’s consistent with some of the misconceptions about Amarillo that Carter said he sometimes hears.

Amarillo has a thriving community with 38 restaurants and a minor league baseball stadium downtown. The city is also fully equipped with state-of-the-art technology.

In the end, something about Amarillo, something intangible, clicked for de Cardenas and his team.

“It’s ‘fit’ and that’s a difficult thing to explain,” he said. “It’s almost a gut feel. But Amarillo was a fit for us, and we’re a fit for you.”

AUSTIN, TEXAS — California-based Ruiz Foods, the nation’s largest manufacturer of frozen Mexican foods, is establishing a regional headquarters in Frisco, contributing an estimated 125 jobs to the area by 2026, Gov. Greg Abbott announced May 12. “Texas is the…