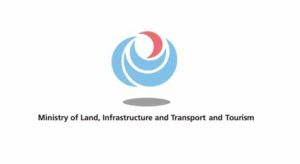 Governor Greg Abbott today met with Kazyoshi Akaba, Minister of Land, Infrastructure, Transport, and Tourism in Tokyo, Japan. The Governor and Minister Akaba discussed the enduring bond between Japan and Texas, as well as ways to strengthen this partnership in the future. The meeting is part of Governor Abbott’s week-long economic development trip to Asia. A readout of the meeting can be found below:

Governor Abbott and Minister Akaba discussed the upcoming direct flight from Dallas Fort Worth International airport to Tokyo Haneda Airport. The Minister noted that this direct flight will enable more Japanese people to experience Texas, and will lead to a more prosperous relationship. Governor Abbott then talked about the success of his trip to Japan, and how it has strengthened the bond between Japan and Texas. The Governor said he has had the opportunity to visit with leaders in government and business, and that they have continued to identify ways to work together. Governor Abbott and Minister Akaba ended their meeting promising to build upon this already strong partnership as they work toward an even more prosperous future for both Japan and Texas.

Kazuyoshi Akaba was recently appointed to the position of Minister of Land, Infrastructure, Transport, and Tourism on September 11, 2019. Akaba was previously a Japanese politician of the New Komeito Party and a member of the House of Representatives in the Diet (national legislature). Akaba is a native of Shinjuku, Tokyo, and graduate of Keio University. Akaba was elected to the House of Representatives for the first time in 1993.

The Ministry of Land, Infrastructure, Transport and Tourism is in charge of the comprehensive and systematical use of national land, development and conservation, consistent infrastructure development, implementation of transport policies, development of meteorological service, and maritime safety and security. The Ministry oversees infrastructure and other ﬁeld sites throughout Japan, and is responsible for transportation, construction and a wide range of other industrial ﬁelds that underlie economic activity.