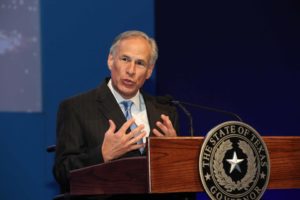 “Texas stands apart as the epicenter of innovation, business development, and economic prosperity, and I am committed to sharing this story of success around the globe,” said Governor Abbott. “The Lone Star State’s reputation of excellence is known globally, and we will continue to build upon our record of success by fostering even stronger partnerships both domestically and internationally. I look forward to the opportunities this trip brings to strengthen our cultural and economic ties worldwide.”

“Companies continue to invest in the Lone Star State because of the business climate cultivated by our state’s leaders,” said Texas Economic Development Corporation CEO, Robert Allen. “Governor Abbott’s commitment to engaging with CEO’s and executives around the world is playing a pivotal role in ensuring Texas remains a global economic powerhouse, creating a more prosperous future our great state.”

Governor Abbott’s office will be sending press updates throughout the trip. The trip will be sponsored and paid for by the Texas Economic Development Corporation.